When I first received The Noma Guide to Fermentation, I didn’t think there would be anything that I could make from it. I’ve seen the restaurant’s new fermentation lab in Copenhagen, and it is 2001: A Koji Odyssey. But the first recipes in the book are for kombucha, something that I’ve been making at home for years (it’s cheap! It makes me feel good! I swear it makes my skin and eyes clearer!) and want to get better at. So when Noma chef René Redzepi and David Zilber, the head of Noma’s fermentation lab, were in town for their book tour, I asked them to stop by and show me how to make coffee kombucha — after which I thought I’d ask them to taste what I’ve got brewing under my sink.

Traditionally, kombucha is a sweetened tea base to which a mother, or SCOBY (symbiotic culture of bacteria and yeast) is added and left to ferment for up to 10 days. That stuff you pay $5 a bottle for contains just a few cents worth of ingredients! What first struck me about the Noma book was that none of the recipes called for tea. Instead, there was kombucha made from rose petals, from apple juice, lemon verbena, fresh elderflower — and leftover coffee grounds. As Zilber pointed out, kombucha doesn’t feed on caffeine; it feeds on the glucose from the sugar syrup, as well as amino acids and other nutrients. “People used to make it with tea; they want to keep making it with tea, so they’re like, It needs tea,” said Zilber. “But it’s an equal opportunity employer.”

He busted a few more myths that I won’t geek out on here, because I want you to know how easy it is to brew your own. As he said, “If you can make Jell-o, you can make kombucha.”

And if you can make kombucha, Redzepi pointed out, further expanding my tiny kombucha mind, you have the basis for delicious dishes. “Cooking it down to a syrup is amazing,” he said. “That rose [kombucha] syrup is amazing to me. While it would be perfect on ice cream or a pancake, you can also use it like a French gastrique, like a sugar and vinegar mixed together that’s the base of many foods. The usages are many. If you want to make a chicken sauce for your vegetables and you have rose kombucha, you put it with the chicken stock — it really makes it special. Imagine you’re roasting carrots in a pan. You add a piece of kombu to give some flavor at the end, and then glaze the carrots in rose kombucha syrup. Just glaze it in, add some butter, and it tastes fucking amazing.”

Okay. To the coffee kombucha. I had tasted a version made with leftover drip coffee at Copenhagen’s Coffee Collective, and I loved the lemony acidity that the fermentation imparted. I was eager to try it at home. To make the Noma recipe with the guys, I asked the folks at Stumptown to give me 750 grams of used grounds, which they were surprisingly cool about doing. My kind of composting! 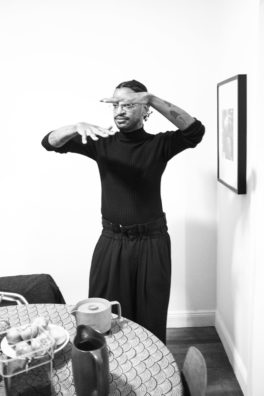 “Is it light roast?” asked Redzepi, who favors the Scandinavian style of coffee.

Zilber added, “Dark is too ‘black coffee,’ so that’s why we always use light.”

Hey Noma, can I come intern in your fermentation lab?

Suddenly, my apartment was chaotic. Redzepi’s wife, the cookbook author Nadine, had arrived — they were headed to the airport soon. Then the Superiority Burger that I’d ordered arrived. Next, my ex brought my son back from soccer.

My son, who likes to add dried hibiscus and fresh lavender from the windowsill to my kombucha for its secondary fermentation, made a bee-line for Zilber, who began explaining how to make it: “If you prefer, you can use new grounds, but you’ll use much less than the fresh stuff. You take coffee, pour boiling water over the top, all the flavors will come out. Tomorrow your mom’s going to strain it, add her funky mother to it, and we’re good.”

“I get confused with ‘mother,’” said my son. “Kombucha mother, or a mother that is in charge of a son?”

With the coffee and sugar syrup ready to infuse in the fridge overnight, I wanted some honest feedback on the kombucha I’d just finished brewing. Redzepi had already spooked me by saying that he thought most commercial kombuchas are horribly vinegary. “There’s no fruitiness or freshness anymore. Me and David have very strong opinions on this.” Zilber nodded. He, too, only drinks at the office.

Great! I poured them each a glass of the hibiscus-lavender. (After I brew the kombucha base for about a week, I strain it and add things like frozen blueberries, ginger, and turmeric and let it infuse and ferment again for a few more days before straining and drinking.)

David: This is delicious. This is a perfect kombucha.

René: This is the good stuff.

David: This is right.

René: This is refreshing. That’s the moment when I like them.

And the ginger-turmeric? “Like carbonated sick tea,” said Zilber. (It was a compliment. I think.) 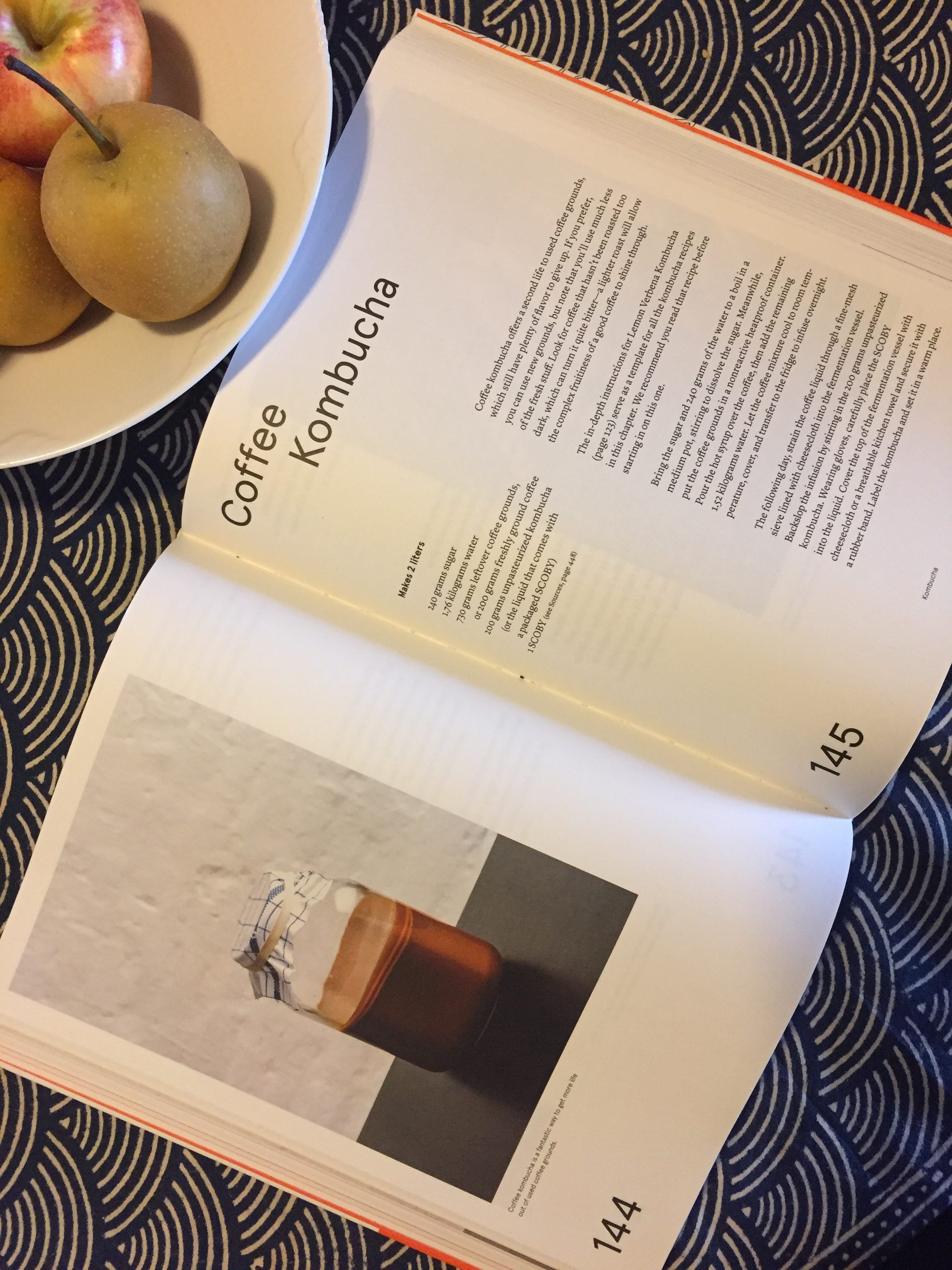 Emboldened, I showed them the very scary setup under the sink. Let’s just say that it’s obvious that I don’t wash my jars every time I make a batch. “As a chef, this is really freaking me out,” said Zilber. I walked him through my process, and he emboldened me further by saying that superstitions that people have around their fermentation process can be streamlined. “Sometimes fermenters tend to get very romantic about things that don’t matter,” he explained.

I was so emboldened by their feedback that I showed them the result of my more recent fermentation experiments: making sourdough bread, which Redzepi said — I swear — that it was the best-looking bread he’d seen on this trip to the States. (Luckily he didn’t taste it: It’s not sour enough for me yet.)

The next morning, still praise-drunk, I strained the coffee, put it in a very big jar, and added a SCOBY. A week later, I had my own taste of Copenhagen.

Try the recipe and let me know what you think! And if you want a SCOBY, please contact me for a handoff. These things multiply like crazy.